Nigel D. Allen was appointed as a Notary Public by the Chief Justice of the Supreme Court of the Republic of Ireland on the 15th July 2004.  His appointment covers the County of Wexford and he is commissioned for life.   He presentlty serves as Deputy Dean of the Facualty of Notaries Public.

A Notary Public is a public officer appointed in Ireland by the Chief Justice and constituted to serve the public in non-contentious matters usually concerned with foreign or international business.

The functions of a Notary Public include: -

The Notary's official acts are executed under their official seal and signature.  The acts of a Notary Public have worldwide recognition.  The Notary's signature on certain documents alone may suffice.

There is no set fee for Notarial Services.  The Notary will charge a proper professional fee that reflects the cost of the Notary's services in terms of time, skill and responsibility similar to other professional providers. 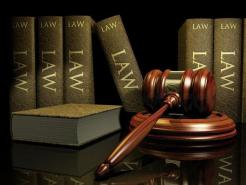